I always try to decorate graves at Springer Chapel & Cat Creek....Grandma & Aunt Minerva decorated these graves for years, now Grandma is gone & don't think Aunt Minerva can decorate anymore....
little Dottie Mae Higdon is buried at Springer Chapel, she was 9 1/2 hours old. how did her mother deal with that? granted, my great great grandma Mary Alice Bryant Higdon McMican was a strong woman & raised many children. But each loss had to hurt. she is the only Higdon that I have found buried here. her parents died many years later in Winona, MO where they are buried.
Springer Chapel used to have a church, but it was gone last year when we went to decorate. now it is fenced in. the cemetery is on Hwy CC in Harrison County, near the Wayne Helton Memorial Wildlife area.
there are several Maxwells buried at Cat Creek Cemetery, which borders the farm my grandma Grace grew up on. Her parents, grandparents and great grandparents are buried here, along with aunts, uncles, cousins, nieces and nephews. and siblings.
Posted by tallulah jane at 9:14 PM No comments: 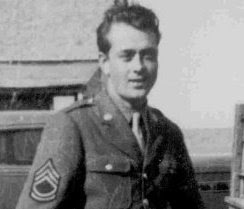 Posted by tallulah jane at 11:11 AM No comments:

Leonard Ray Hashman, son of Clellman Chester and Ada Celestia (Bloom) Hashman, was born October 13 1923 in Anton, Colorado, and died at the age of 87 years, April 19 2011 at the Wayne Community Hospital in Corydon, Iowa.
Leonard was married July 11 1942 to Beatrice Mae "Bea" Jackson, who preceded him in death on April 3 2004. He was also preceded in death by his parents, and his brother, Wayne Hashman. He is survived by two sons, Bob Hashman (and daughter-in-law Donna) and Bill Hashman (and daughter-in-law Joyce) all of Mercer, Missouri; four grandchildren, Bryan Hashman (and his wife Susan) of Mercer, Tammy Miller (and her husband Barry )of Mercer, Kimberly Wilson (and her husband Dwayne )of Mercer, and Pamela Woollis (and her husband Jesse )of Cambria, Iowa; three great grandchildren, Wesley and Brett Hashman, and Kloe Woollis; four nephews; two nieces; and by a special friend, Lucille Marley, of Trenton, Missouri.
Leonard moved with his family from Colorado to Mercer, Missouri in 1935 when he was 11 years of age. He was a 1941 graduate of Mercer High School and a U.S. Army Veteran of World War II, receiving two purple hearts for wounds received in the Phillippines. In 1956, he and Bea moved with their family from where the Twin Lakes are located now to Mercer in a new house across from the Mercer School. He worked as a rural mail carrier in the Mercer, Missouri, Clio, Lineville,and Allerton, Iowa areas for 31 years. For the past six years, he has made his home with his son Bob and daughter-in-law Donna. Leonard was a member of the V.F.W. in Princeton, MO, the Ragan-Hickman American Legion Post #477 in Mercer, and the Masonic Lodge in Lineville, Iowa. He took pride in gardening, enjoyed playing pitch, fishing, and watching his grandson and great-grandsons grow.
Funeral services were held on Saturday, April 23 2011 at the Greenlee-Middleton Funeral Chapel in Princeton MO with Pastor Jack Stark officiating. Burial was in the Early Cemetery, south of Mercer, MO.
The family requests memorial contributions to the Ragan-Hickman American Legion Post #477 of Mercer in lieu of flowers. Contributions may be mailed to the funeral home at P.O. Box 316, Princeton, MO 64673.
Posted by tallulah jane at 5:42 PM No comments:

Leona Grace Brown, daughter of Thomas Whitten and Gilly Mae (Higdon) Maxwell, was born September 21 1916 at the family farm in Brimson, Missouri, and died at the age of 94 years, Thursday, April 14 2011 at Sunnyview Nursing Home in Trenton, Missouri.
Grace worked at Mattingly's Variety Store in downtown Trenton, and then Eastgate Shopping Center, when the store became Matco. She retired from the store May 4 1979, after 26 years. Grace enjoyed bowling at the Trenton Bowl and quilting. She was a member of the Cat Creek Baptist Church.
Grace was married on July 22 1939, to Vermal Brown of the Blue Ridge community. Vermal died October 10 1997. She was also preceded in death by her parents; a daughter, Sharon Kay Crawford; a sister, Evie Maxwell; five brothers, James, Leland, John, Eugene and Joseph Maxwell; and by two nephews, Jasper Maxwell and Lawrence Gale Brown. She is survived by her daughters, Charlene Ann Smith (and son-in-law, Jim, of Kansas City, Missouri,) and Janet Mae Axsom (and son-n-law Bernard) of Spickard, Missouri; a siter, Minerva Brown of Brimson, Missouri; by a niece Marsha Williams; a nephew, Clyde Maxwell; by 11 grandchildren, including local grandchildren, Debra Dailey and John Axsom; and 20 great grandchildren; including Koren Wills, Karl Joseph and Katie Scarlett Dailey, Maxwell and Logan Butler, Rachelle, Sara, David Seth & Brent Crabb, who are local.
Funeral services were held on Tuesday, April 19 2011 at Resthaven Mortuary of Trenton, under the direction of Whitaker-Eads Funeral Homes. Burial was in Resthaven Memorial Gardens, north of Trenton.
In lieu of flowers, memorial donations are suggested to Wright Memorial Hospice. Online condolences may be left at whitakereads.com.
Posted by tallulah jane at 5:29 PM No comments: